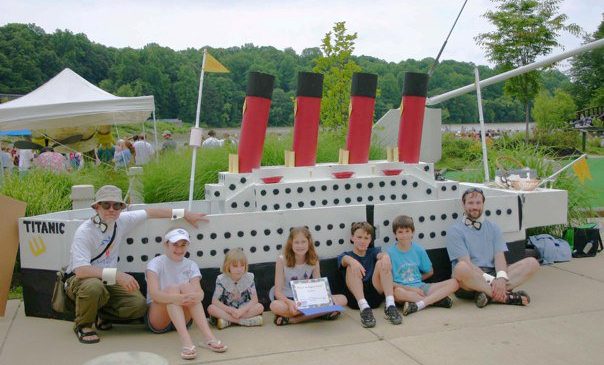 When we left Lake Accotink in Part 2 of the History of Lake Accotink it was the end of WWII.  The lake, designed to be a reservoir for Fort Belvoir, and its surrounding land now belonged to the federal government.  Time passed.  As modern water systems began meeting the needs of Fort Belvoir and the reservoir became unnecessary, the Army considered ways to release the lake and the surrounding land for recreational purposes.

In the late 1950’s a number of plans were floated for the lake property.  In April of 1960 the Fairfax County Park Authority (established in 1951) entered into a 25-year lease agreement with the Army Corps of Engineers for the lake and a portion of the park’s current acreage.  Boat rental and a concession stand were the first public services.

In 1964 the land was declared surplus by the Army and became available for purchase. In April of 1965 the Fairfax County Park Authority purchased 242 acres which included the lake and surrounding property under the federal Lands to Parks program.  The cost was $88,250.

In 1968, the county purchased 265 additional acres via a grant under the Open Space Land program.  As the park grew so did its amenities including picnic areas, covered shelters, trails and a playground.

Between 1972 and 1982 the Lake Accotink Yacht Club, founded by Springfield resident Ernest (Buddy) Belote, raced their eight foot dinghies.  The members raced on the lake according to the rules of the International Yacht Racing Association.

A popular addition to the park was the carousel from Fairhill Farm Antiques purchased in 1978.  The antique carousel was built between 1937 and 1945 by the Allan Hershell Company. The carousel is still located in the park.

In 1989 other boats began to race on the Lake with the advent of the cardboard boat regatta.  Teams or individuals build cardboard boats, held together with tape, glue, and a lot of hope.  The boats run heats on a course in the lake until a winner emerges.

An oasis in a busy suburban area, park still attracts visitors year round.  In addition to enjoying the abundant natural wonders, the park provides opportunities for a rich variety of activities including trails for hiking, biking, areas for picnicking, many programs for all ages.